Keep your finger on the pulse

All the latest news from Lifewellness Institute 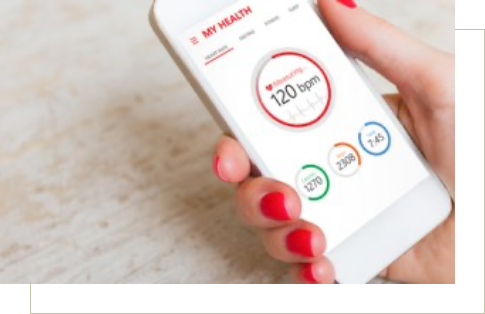 In 2016 the American Heart Association (AHA) put forth a compelling case for exercise as a vital sign8 – this will be the 7th vital sign – in addition to the 6 others already on the list: control cholesterol, eat healthy, lose weight (BMI), manage BP, smoking status, reduce blood sugar (fasting glucose levels).

While success has been achieved in improving these highly modifiable vital signs over the last decade, physical activity remains largely unchanged or worsened.4 Cardiovascular disease has remained the leading cause of morbidity & mortality in industrialized nations for more than half a century.2  A recent National Health and Nutrition Examination Surveys (NHANES) revealed that 64% of the population exhibit either inadequate or intermediate physical activity participation; second only to a strong tend to embrace unhealthy diets.4

Numerous epidemiological studies have further illuminated the impact of CRF on mortality1-10 — longer follow-up periods, examining individuals throughout the lifespan, diversifying subject populations by age, sex, ethnicity, and specific medical histories, and by incorporating changes in CRF in the overall risk assessment.

Historically, studies have emphasized CRF as a strong predictor of all-cause and CVD mortality, however recent work has examined the relationship between CRF and disease-specific mortality – specifically cancer.  Low CRF has been associated with an increased risk of cancer, while unfortunately the relationship with cancer mortality being less studied.2

Exercise has been known to have a positive impact for patients undergoing cancer treatment by helping to mitigate side effects from therapy.  However, little is known regarding the effects of an acute bout or prolonged-training program of exercise on cancer tumor physiology.  Wiggins et al.12 found that aerobic exercise, specifically moderate-intensity exercise, can have the potential to improve an “anti-tumor”

The recently published AHA Scientific Statement makes a compelling case for routinely assessing CRF and making it a clinical vital sign.  Certainly, the plethora of overwhelming research strongly supports the assessing CRF and its importance as an independent predictor of all-cause and disease-specific mortality in varied populations.

Get the latest from our blog, delivered straight to your inbox